Since founder Douglas Holt first started selling car parts in 1919, Holts have been committed to helping drivers maintain their cars. After spending time working for Austin Motor Company during the war, Holt had learnt about cars and mechanics and opened a small spare parts store.

With the profits of selling off old Triumph stock, Holt bought himself a ticket to the United States, where he first saw chemical products being sold for repairing motor cars. On his return home to the UK, Holt recognized a gap in the market, and focused his business towards chemical products, which is when Wondarweld was created, and is a product that is still available to this day.

Holt continued to invent; searching for new ways to solve every day problems encountered by drivers, using his own experience as a driver and creating products as a response to problems he had faced. A repair to his exhaust saw the introduction of Gun Gum; a gum developed to seal holes. Another product that still exists within the product range.

Holt’s eldest son joined the company and worked as a chemist alongside his father and would later carry on his father’s legacy. After success in the UK, the company expanded into Holland, Belgium, Germany and Italy. Holts added Simoniz, Redex and Prestone to their family of automotive products; all having their own strong heritage and market leading product ranges, which made a strong addition to the Holt Lloyd company.

Over the years, connections with mechanics and professionals, as well as consumers, have been forged, and Holts are constantly innovating to ensure their products meet the needs of modern cars. In 2019, Holts celebrated their 100th birthday; an entire century of helping drivers to keep their vehicles on the road. 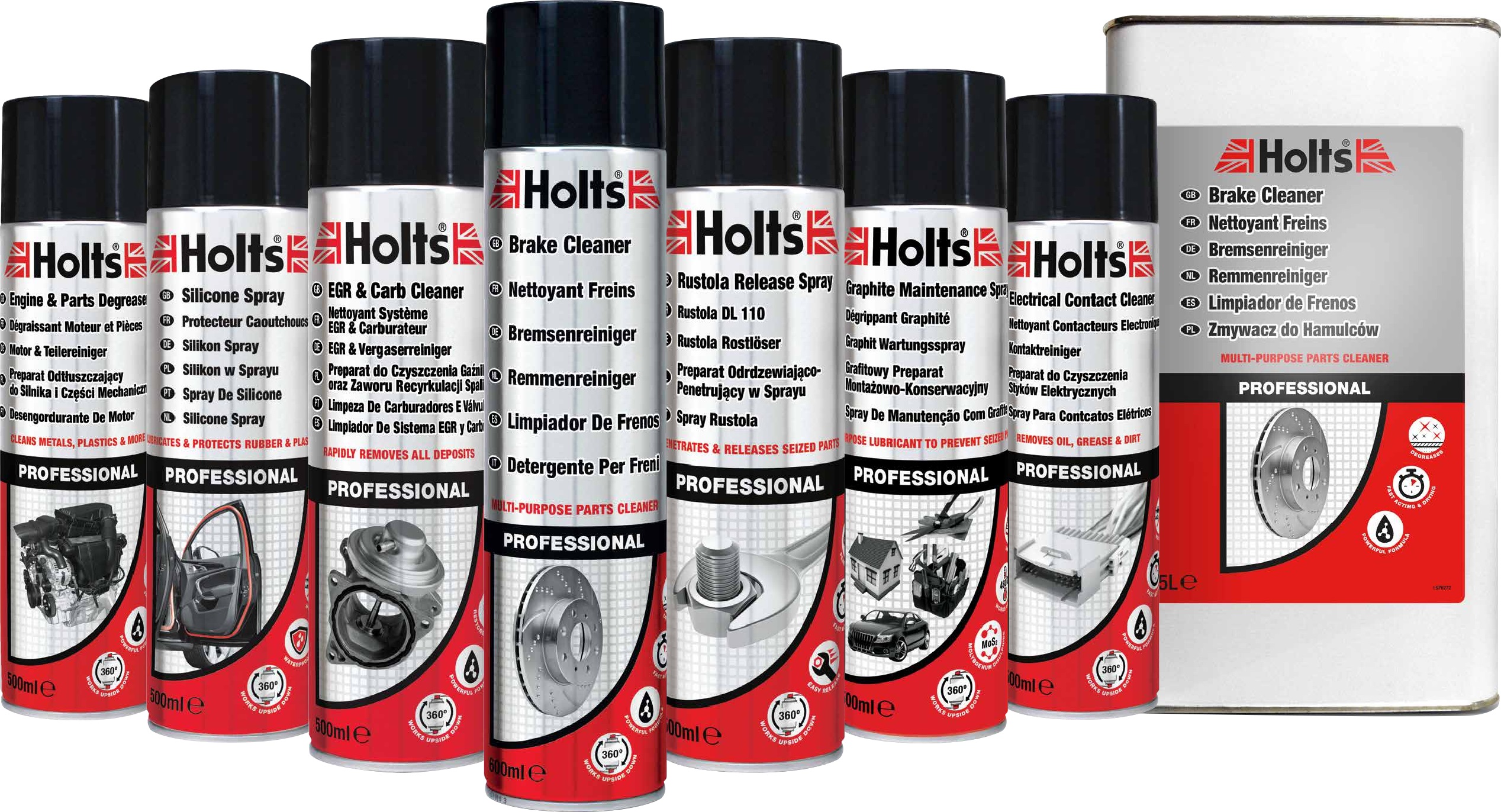